“The race is not always to the swift, but to those who keep on running.” – Anonymous 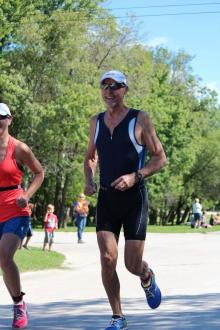 Winnipeg endurance athlete John Sawchuk is swimming, cycling and running his way to his 70th birthday – all while raising funds for LWF!

John’s goal is to complete 777 kilometres of swimming, biking and running in 28 days, beginning on July 26 and ending on August 21, his birthday.

He’s also using this challenge to support LWF and hopes to raise $7,777 in donations.

The Purejohn70 Challenge will consist of four-day segments each totaling 111 km, repeated seven times as follows:

How to support John

Please consider helping John reach his goal by making a financial pledge. You can so do:

John is encouraging supporters to make a special 70th-birthday donation – for every $70 donation received, LWF will send him a birthday card on your behalf!

Stay updated on John’s progress by liking and following his Facebook page - and help spread the word about the Purejohn70 Challenge with your networks!

“I’ve been physically active all my life. Currently I regularly bike, run and swim and go to the gym. In the late 1980s I began participating in endurance sports, and between 1989 and 2002 I ran several marathons and half-marathons. In 2005 I completed my first triathlon and have since participated in approximately 40 triathlons, including the 2014 International Triathlon Union World Championships in Edmonton.” 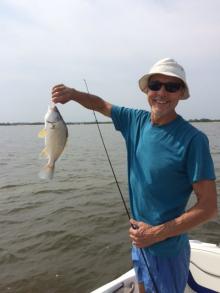 “Lake Winnipeg has been an important part of my life for many years. In 1959 my parents bought a lot at Wanasing Beach which fronts onto Traverse Bay on the east side of Lake Winnipeg. My dad built the cabin that my wife and I now own. Our summers have been spent swimming, sailing, boating, water-skiing, fishing and just enjoying the beach. Our children, grandchildren and friends have also enjoyed cottage life there. However, the health and fitness of Lake Winnipeg has declined significantly over the years, and will continue to do so unless changes are made.”

We look forward to cheering John on as he attempts this ambitious challenge!

Join
Become a member and strengthen our collective efforts.